Cornelia Regine Prawitt was born in 1965. Already in her early youth, she dealt extensively with artists such as Wilhelm Leibl and Käthe Kollwitz. She was interested in all drawing techniques, especially the depiction of the human figure and the portrait.

From 1985 to 1989 Prawitt studied painting at the Freie Kunstakademie Nürtingen. During her studies she also dealt with abstract expressionism and artists of the so-called "wild painting". This dynamic approach and color fascinated her so much that one can find their traces in many of her paintings.

In 1996 Prawitt moved to the Swabian Alb, where she lives and works ever since.

After studying at the College of Education in Ludwigsburg with a major in fine arts and graduating as a state-certified teacher for Realschulen she works since 1999 as a freelance art teacher and painter. Since 2000 Prawitt teaches as a teacher at the music and art school Albstadt. In January 2006, she founded a painting school for adults, the "Atelier an der Lauchert" in Veringenstadt, which Prawitt has been successfully managing since then. 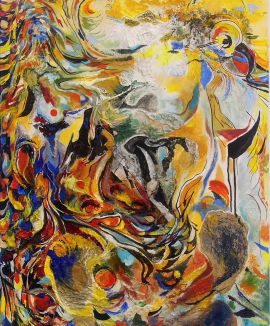 At the Beginning of Human History

At the Beginning of Human History 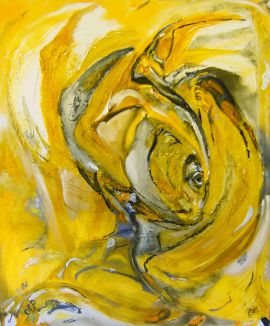 The Girl and the Birds

The Girl and the Birds 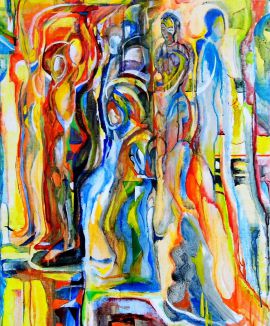 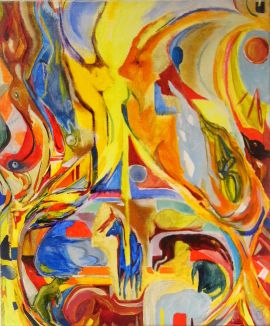 Composition of the Animals

Composition of the Animals