Born and raised in California, nuclear imagery has been a reoccurring theme in my work for quite some time.  At first, in the 1980’s, I found myself drawn to the political context of atmospheric testing images, but really, for the most part, was far more interested in the look itself.  Then throughout the 90’s and the early 2000’s my content and imagery shifted and became very focused on the AIDs crisis.  By the mid 2000’s, due to the many advanced HIV treatments and time itself, I was once again looking to increase my subject matter.  This is when I encountered Michael Light’s book 100 Suns, and once again became absolutely fascinated with atomic explosions.  Though there are many HIV references that still reoccur in my work and make for complex visual associations, my main source for imagery is once again atomic.

Devoid of political and social context, I am moved by the sheer power displayed by atmospheric test imagery, along with the inherent beauty.  But my search for usable images keep leading me back to the Nevada Test Site and the virtual moonscape that has been created there from the hundreds of underground tests. What is on display there is not the tests themselves, but rather the physical record and remnants of those tests.  I have since devised a method of abstracting each atomic subsistence crater into a somewhat mandala–like form (the individual test each image is derived from is referenced by the title) which allows me to focus on creating objects that are at the same time both pleasing to look at, yet contain darker connotations stemming from the origins of each image. 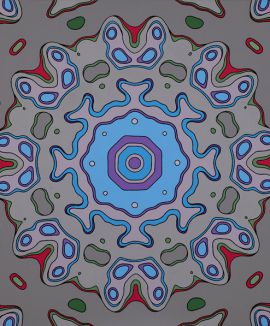 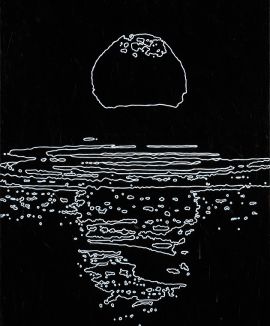 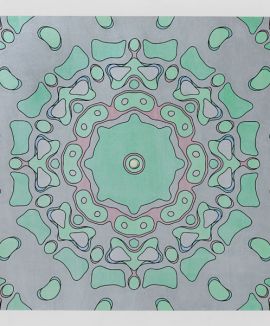 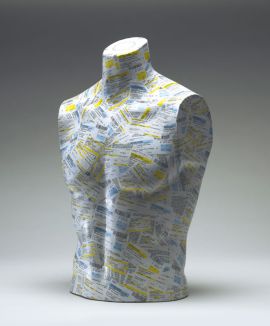