Elisabet Kedziora is a painter, a poet and a musician. She often works with words for her paintings, and has often released poetry books with her exhibitions, where a storyline can be followed through her works. As a painter she speaks with her soul and her abstract art reflexes the conversation between her soul and herself as a cultural human being, formed and somewhat trapped within the time she is born and formed within. Both her art and her poetry expand between quantum physics and spirituality and she manages to expose vulnerability and power at the same time within her creations. As a painter she uses mixed media, mostly working with spray cans and oil colors. This dynamic meeting between two extreme media lets her reflect the dynamic between chaos and order, a process her whole art takes its origin from. She intentionally creates chaos and uncontrolled backgrounds so that she can then harmoniously make order out of chaos with oil colors. She sees her creative process as a philosophical way of life, where chaos is not to be ignored, dismissed or afraid of, but instead understood and equally treated as order. That balance is both chaos and order, Yin and Yang. Elisabet is based in Sweden, Scandinavia, where she has held a lot of exhibitions and live performances. In one of them she painted a BMW motorcycle R-1200-R live in front of an audience of 75.000 visitors at BMW’s release exhibition of that same motorcycle model. Recently she has taken a step out of Sweden and exposes her art and stories to other countries and cities. In 2017 she also releases her first musical EP where she mixes her poetical lyrics with a fusion of minimalistic electronic and classical music. 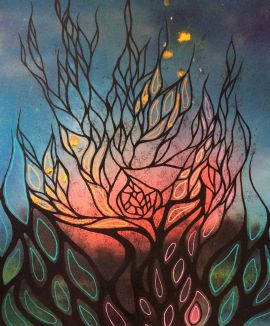 Fire. And I wake up

Fire. And I wake up 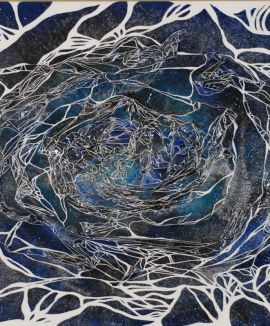 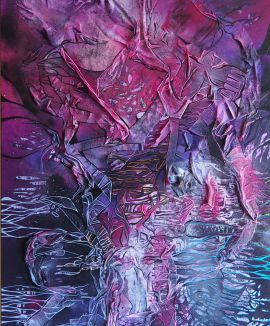 You may call it attention deficit hyperactivity disorder…

You may call it attention deficit hyperactivity disorder… 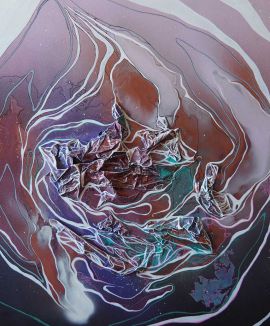