Florian Holzknecht was born on 24.07.1983 in Längenfeld / Tyrol. He deals with wood in his art and creates coarsely hewn wood sculptures which are characterized by his craftsmanship and willingness to experiment. Man, in his diversity is at the center of his work. His motifs include animals and architectures as well. His sculptures show no clear emotions; they seemingly look into the void or at points unknown to the viewer. The figures remain distant, anonymous and enigmatic.

Looking more closely at Holzknecht’s works, one recognizes the artist’s attachment to his homeland. His surroundings in nature and man play a major role in the artist. His work skiing is to be interpreted as a symbol of national sport in Austria. The ibex is a native animal in Tyrol, often living in the most adverse conditions over 2000m.

For most sculptures, the figure is worked out of the wood so the figure and the base stay connected as one piece. The material remains clearly recognizable in his works and the processing remains visible in the coarse structure under the coloring. Material and visible traces of the work process are thus parts of the artwork. 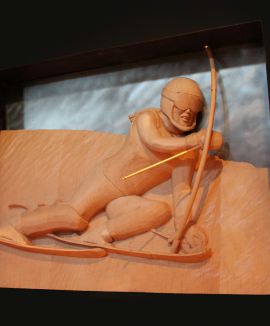 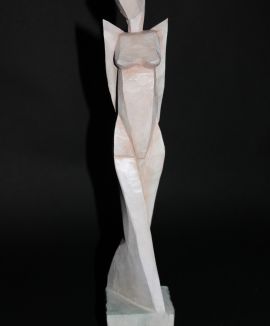 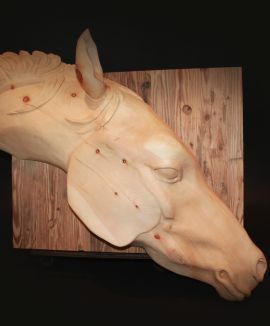 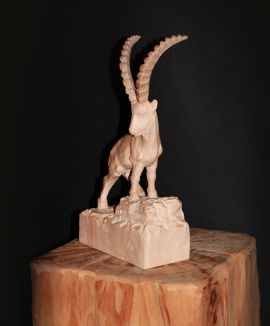