Oad Siebensee, a universally talented artist, composer and awardee, was born in Styria, Austria in 1960 and has been nationally acknowledged as an artist since 1983. He holds a French diploma in painting and has appeared in the edition of "Arts et Images du Monde" in Paris, in the edition of "Künstler und Meister des 20. Jahrhunderts" (the Artist and Master of the 20th Century) and in "Who is Who in International Art".

The artworks of Oad Siebensee are a visualization of his spiritual universe dominated by an absolutely Apollonian character. Then the allegorized motifs are to be seen in this intellectualizing process. The identification with the stroke, that is, with every slightest event on the canvas by the hand of the artist, is the aspect of his painting, which for him is the unconditional necessity, the greatest importance and self-evidence. The objects and elements that embed in the psychic consciousness of the artist, are immersed in the color mood, in which the fullness of his mental reflection is implemented. 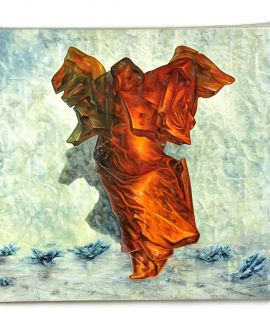 Messenger of the Flames

Messenger of the Flames 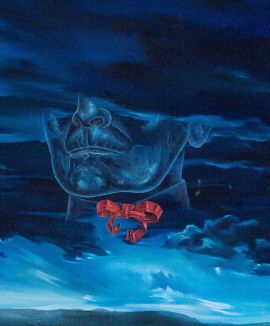 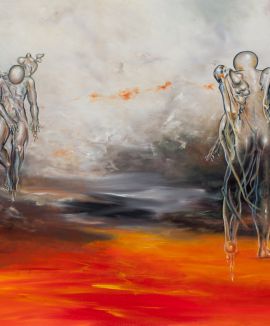 Feast of the Souls

Feast of the Souls