Richard Haubrock was born in 1967 in Berlin. As a child, he had already placed the diversity of a colorful city in the cradle. Then he grew up in the beautiful valley of Leinen. Inspired by the landscape and the still existing impressions of the big city, he began to discover in his early youth his graphic talent.

From then on the graphic design was his passion. Since 1984 he began to collect his drawings. He attended the HAWK College of Applied Science and Art Hildesheim / Göttingen. Under the direction of Prof. Paul König, Richard learned the art of free graphics and graduated in 1996 with a diploma.

After steadily expanding his artistic work, he joined the "Bundbildungsde Künstler Hildesheim - BBK" in 1997. There he exhibited his works regularly at the Stammelbach Gallery and at the Roman and Pelizaeus Museum Hildesheim.

His works, from 1984 to the present, have been created in the sense of contemporary free graphics. They arise from the moment of the acute creative phase. In this way, one can discover a depth and authenticity in his works. This gives the viewer a free interpretation.

Today, the artist lives in Hamburg and continues his work here. After a 27-year uninterrupted period, a number of works have been created and they should no longer be withheld from the public. 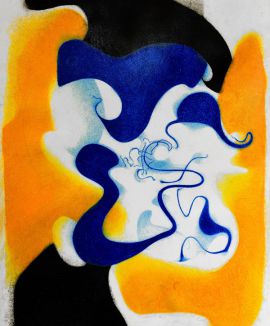 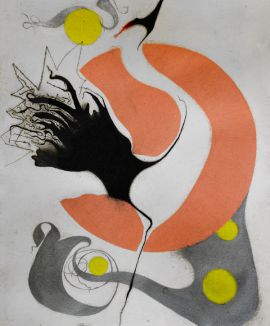 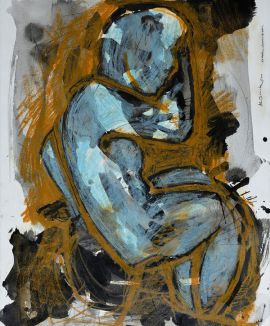 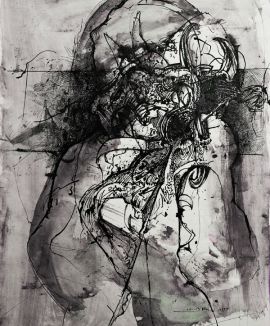 Figure in the dark

Figure in the dark