Every work created by SPONK is unique and cannot be repeated.

SPONK does not see himself as the sole author of his works: “I paint hand in hand with nature. My creative process is equivalent to an orchestra, whereby I take on the role of the conductor and the colors take the role of individual instruments.” The resulting huge color landscapes take you on spectacular journeys into endlessly complex worlds full of visual stimuli, associations and enigmatic amorphous structures.

“Viewing vivid liquids”: color landscape is like a mirror that reflects the individual thoughts and memories of the viewer in his “Vivid Liquids – Symmetrics” series; SPONK goes one step further by specifically reflecting selected image elements. SPONK elicits the amorphous structures of his color landscapes, a living form of aesthetics, which only evolution could evoke in nature.

Vivid Liquids: The Elemental Behavior of Fluent Colors is an experimental form of abstract art. Here, 30-year-old artist SPONK researches the aesthetics of the random behavior of colors and liquids.

The manifesting phenomena and patterns are sometimes very fleeting phenomena, which SPONK documents them by using a self-designed and built “Haeckel” machine in the form of videos and photo collages.

He was named by SPONK after one of his role models, the German scientist Ernst Haeckel (1834-1919), pioneer in the aesthetic study of microbial life. 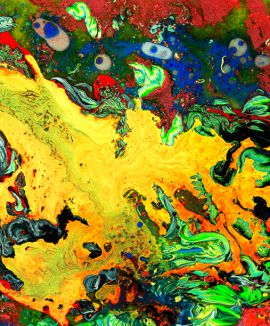 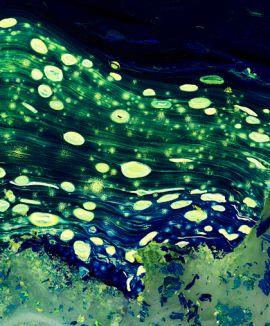 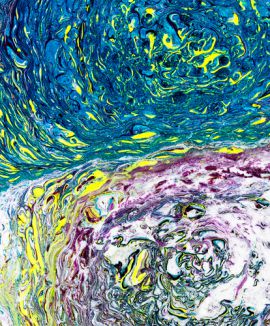 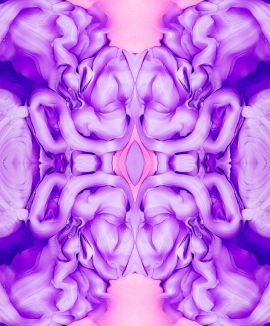