Beate Axmann’s works can be described as expressive and figurative, sometimes even expressive-abstract. Contrasts and encounters determine how her works will be.

In her artworks, both in content and in the artistic debate tradition, home and cliché meet on a modern and cosmopolitan diversity. Cosmopolitanism, diversity and open borders are contrasted by opposing reactions and tendencies: fears, xenophobia, populism, demarcation and brutalization of language and behavior. In her current works from the series “Sichtverrückt” [Crazy-view] the artist reacts to these social changes with her very own expressive imagery, which focuses on the works shown here in the series “Sichtverrücktabstrakt” [Crazy-view-Abstract] and “Sichtverrückt-Schrei” [Crazy-view-Scream].

Her small-scale ink drawings are dedicated to the city of Chicago and were created in 2015 during a working visit to the Zhou B Art Center. Since 2012, the Zhou Brothers have had a considerable influence on Axmann’s artistic work. Beate Axmann participates in various national and international group and solo exhibitions as well as in art symposia. In addition, she has created performance projects with different artists and musicians. Her work can be seen in private and public collections.

For her acrylic works, Axmann often uses “used” materials as painting surfaces. Her drawings and the works made with mixed techniques on paper, are joined by light, and sketchy ink-works on Chinese rice paper. In addition to her paintings, paper-wire figures (she calls them Papidrafi) can also be found in Axmann’s works. 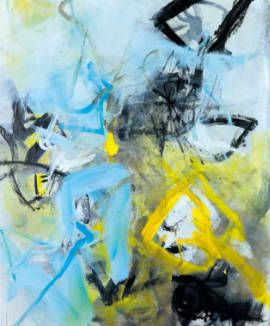 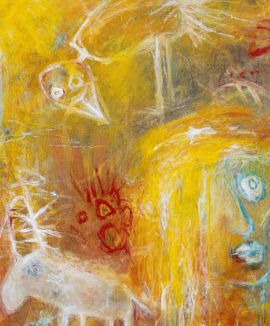 The bird on my head

The bird on my head 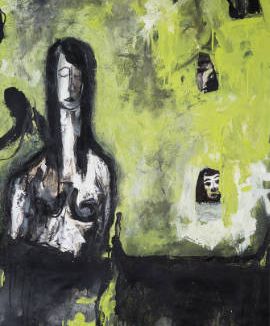 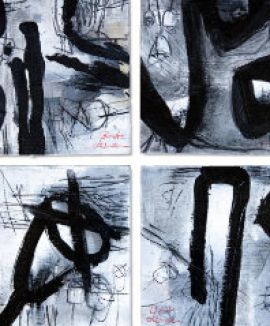