Born in Oxford in 1973, he has lived in the city nearly all his life with short intervals spent in Berlin. He has been encouraged to paint and draw from an early age, exploring much of art through self-study and workshops run by local art schools and artists after work and on weekends. Growing up on the outskirts of central Oxford, with the nearby countryside as his backyard, has always made him feel in touch with what were later to become his painting subjects. He paints mostly landscapes, urban scenes and figurative pieces. He has been exploring Oxford’s ancient trade routes, its canals, rivers, paths, bridges and local woods in search of new and very often still undiscovered motifs, all with an emphasis on nature and its elements. Currently he is focusing purely on landscapes following his love of it and also to be able to raise awareness about how much of it is now more and more under threat, particularly in an increasingly urbanised England with a rapidly growing population and building projects shooting up on protected green-field sites.

A strong emphasis of his work as such is on experimenting and finding new techniques by utilizing a variety of mediums and materials. This, to him, opens up a more innovative way of painting, reflecting the vibrancy of the landscapes that are his subjects. At the moment he is using graphite, charcoal and ink for preliminary studies and sketches, trying to capture the most salient lines and shades. Then, it is back to the studio, using these quick sketches as monoprints or monotypes, which then enables him to return to the scene to paint the more fleeting aspects of nature. A crossover between studies, creating rough sketches and paintings is an ongoing process for him. He is using a variety of media - oil paints, oil pastels, gouache, inks, and watercolour. He is always looking to incorporate new materials and various types of paper, and he is planning to make more use of printing presses as a next step. The art of the past, the great masters, what they achieved and the ground they prepared and broke he sees as a treasure chest, but nevertheless he also keeps one eye on the future at the same time. 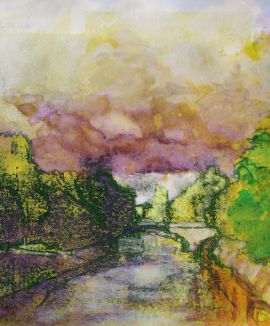 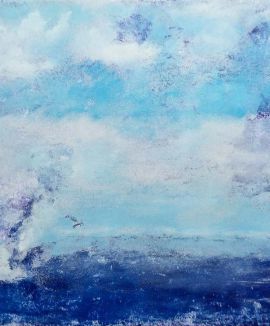 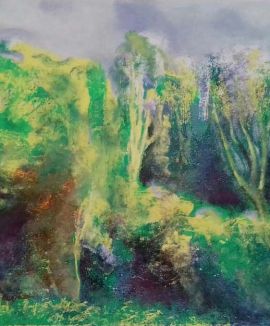 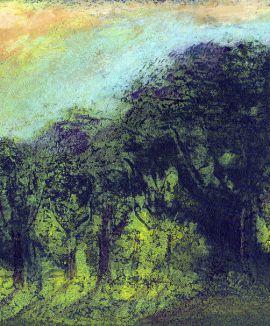