Elina Sibelia was born 1979 in Sweden. She was a student from Guillermo Lorente Perez, Inge Pinet and Alexander Deriev.

She searched for her own path in life to express herself artistically and so she went 2002 to America to meet American indians who told her about their origin native culture and beliefs. The central interest for her was Wakan Tanka- the Great Spirit, their simple life and peace with Mother Earth and the respect of her gifts. She wanted to deepen her contact with Mother Earth rather than the illusionary commercial life in the big cities whose material consumption is eating the earth piece by piece. Elina Sibelia is fascinated by Asian religions about Goddesses and Asian stilistical art which has inspired her own art.  Since she is also an icon-painter, Mother Mary of Jesus is naturally an inspiration and symbol Elina implements in her art ”Motherhood”.

The technique she uses is coal, gouache, watercolour and arylic on ecological paper. 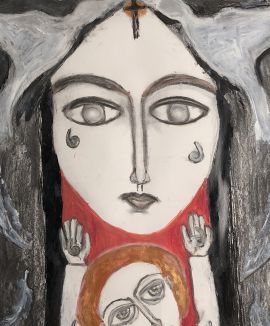 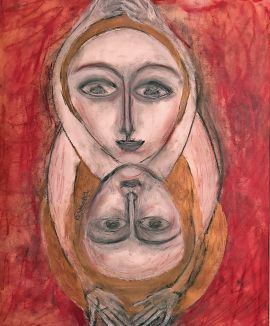 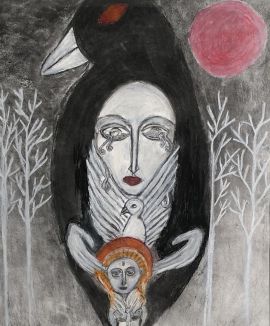 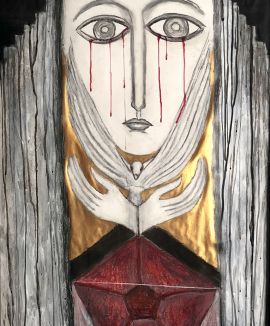