When Kerstin Viktoria Krusell studied art history she bought a book about Chinese Art with pictures of horses and ceramics from 200 years B.C and years to come.

Her paintings are a mix of inspiration concerning mostly horses from Han and T’ang periods, small paper thin bowls from Song period and round lid urns from Ming period. Her motifs circle mostly round the horses, main characters, which she plays with and transform in her imagination. She works like a conductor having a whole orchestra under her hand and she leads the components to a specific scene with mixed traditions in painting, mixed philosophical thoughts and different aesthetic grounds.

Since color is the greatest form of expression for her, the most enchanting to use and in her opinion the most magical to be swept in with as an observer, the color has the strongest meaning in her work. Through colors the intensity and the precise reference to fauvism are seen in her work. The purpose is to use her fantasy horses with roots from old China, side by side with the ancient bowls, to bring a modern conver­sation in color and make them move in dances, to express frozen moments and reveal a communication between the actors in her picture scenario, partly abstract, partly figura­tive, a dialog, a middle ground between philosophical, and aesthetic discourse.

She sometimes mix her Chinese theme with history tales, fig­ures and archetypical forms from Europe, time around the year 1700 and later in France, Italy and Sweden. 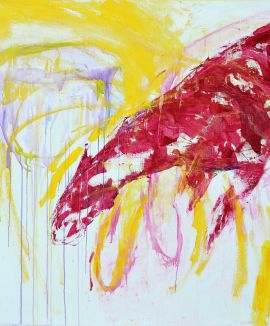 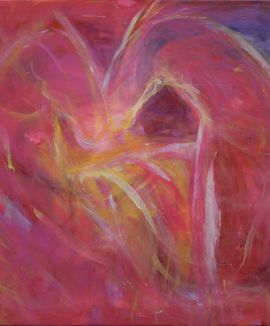 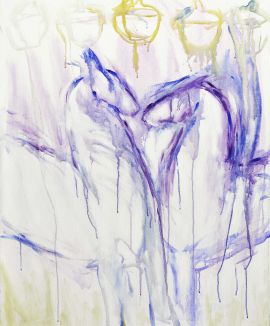