Per Oscar Jensen, was born in 1947 in Copenhagen/Denmark. He studied at the Royal Academy of Art in Copenhagen from 1975 to 1982. He debuted in 1975 on the 6th Biennale der Ostseestaaten in Kunsthalle Rostock, and two years later in Denmark on the state censored Autumn Exhibition in “Den Frie” in Copenhagen. His career as an artist began in earnest in the late 60s. During this time, he became engrossed in an art direction that was based on Pop Art with strong impulses to the 70s new realism and super realism, which had a significant influence on his relationship to painting. The photograph was used here as a supporting function for a realism that does not leave out a single detail, often with details from everyday utensils and life around us, a reflection in a shop window, a crossroads, a parked car on a quiet road. Later this realism was slowly broken down for him, and the recognisable elements in his paintings disintegrated. There was only light, reflections and structure left. In recent years, the realistic figures have slowly returned, but in a new and simpler form with a brighter color scheme. Per Oscar Jensen´s recent paintings and watercolours are still composed of recognisable, fragmented, everyday objects, such as chairs, car wrecks, sofas, windows, doorways, empty spaces, abandoned homes, shadowy people who contemplate the outside world, people moving through rooms, people moving out of the picture surface, light reflections with a physical presence, free-floating objects in semi-abstract room, text fragments like disconnected associations in the compositional structure. The white colour is a fundamentally important element in his paintings. It helps to define the other colours in the painting. His paintings have two opposite tendencies. One tendency in the painting shows tight and precise shapes and lines with clear messages, the other tendency shows an inherent instability and conflict, a break from the tight and controlled. 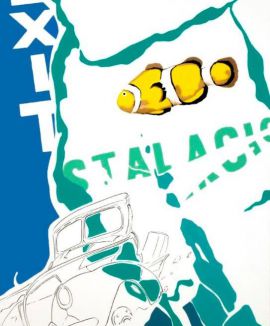 A Fish and a Car Wreck

A Fish and a Car Wreck 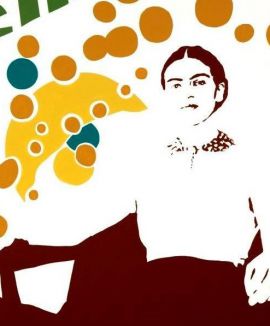 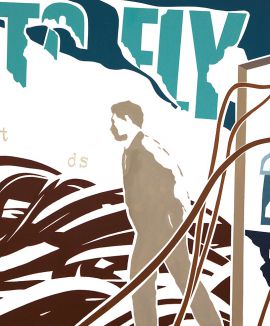 Moving Into the Unknown

Moving Into the Unknown 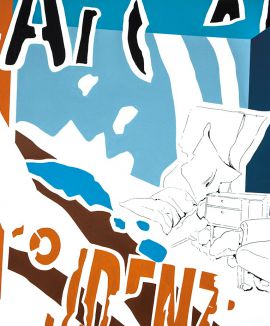