Not the world per se but its soulfulness is opened in Thomas Schmidt’s artworks. The motifs for the works immediately elicit a moment of pause from the viewer. On closer inspection, the idea of ​​new media quickly falls away; there is only the timeless now. You recognize the painting and the concentrated work behind it.

Through many journeys and his life with the elements, the artist has become more and more aware of nature, its vulnerability and its transience. Awareness through his pictures is the only outcry given to him.

Schmidt has learned the magic of the monochrome image through the copper engraving. It is also a good and true approach in his paintings. Too much color will not make the picture beautiful. Reducing the colors to a few has been his way ever since. To describe this path as déjà vu would not be wrong. We have already seen everything but only those who look behind it will know more.

The four basic elements of earth, fire, water and air are at the center of his work. It is never a single element that works: they woo and embrace each other and becoming the essence. Each element is dependent on the other, but the dramaturgy and composition is decided individually and essentially. In today’s world, we encounter too many impressions, too much feeling, too many questions without answers. The elements, depicted monochromatically and without chaos, clearly and simply give calmness and allow an off-the-time-rise. 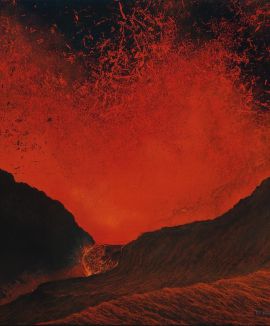 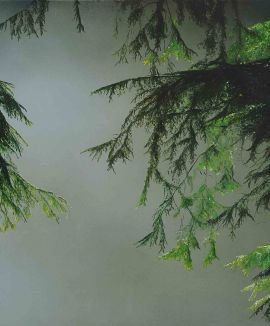 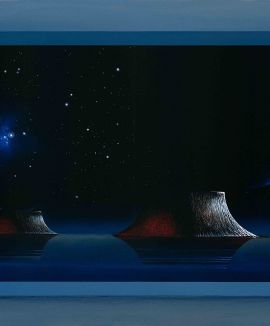 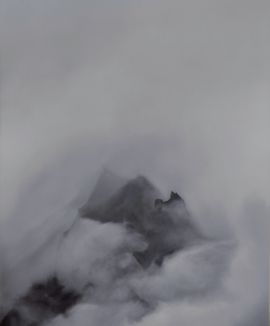